HyperAmerica explores the notion of the American landscape in the second half of the 20th century, revealing how the advent of Hyperrealist painting represented the glorification of a romantic American tradition of depicting the land. 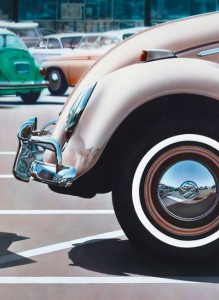 The exhibition advances the hypothesis that since the 19th century America has developed a special relation to the land, differing starkly from the equivalent notion in Europe. America was depicted as an ideal world, as a great project for civilization—a development that culminated in the photography and film of the 1960s and 1970s, and which then shifted into new forms of treating landscape.